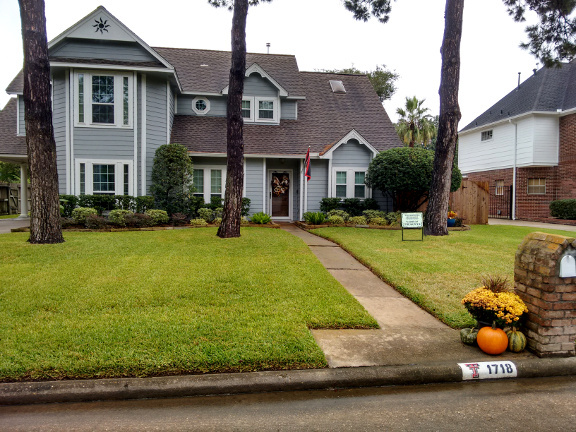 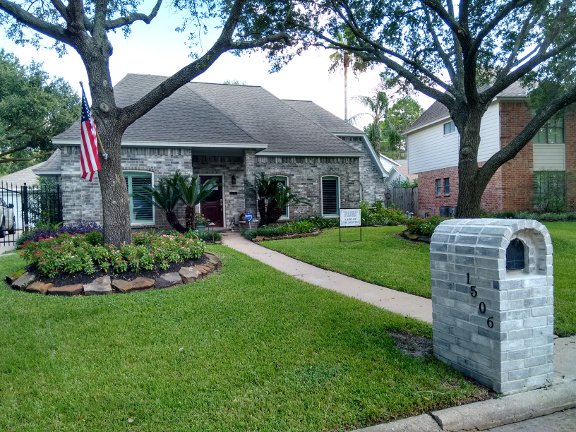 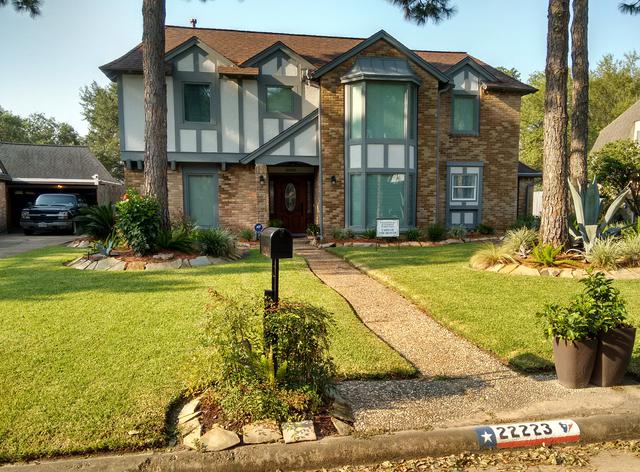 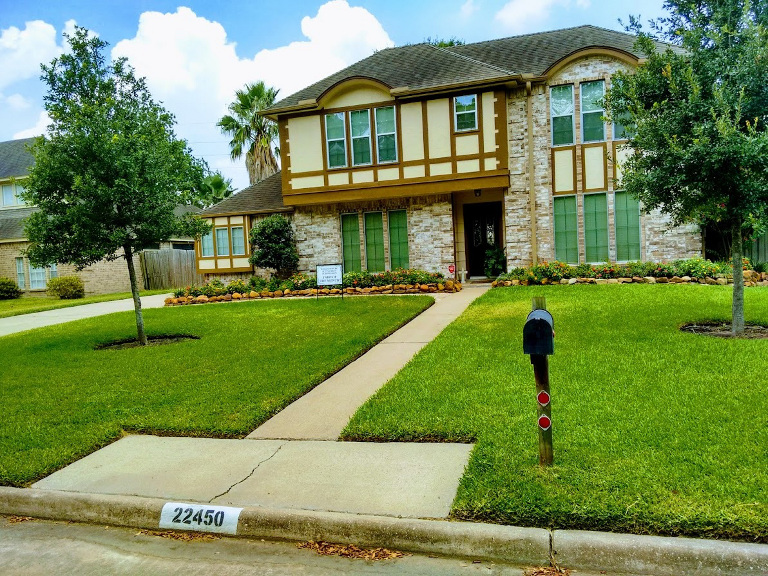 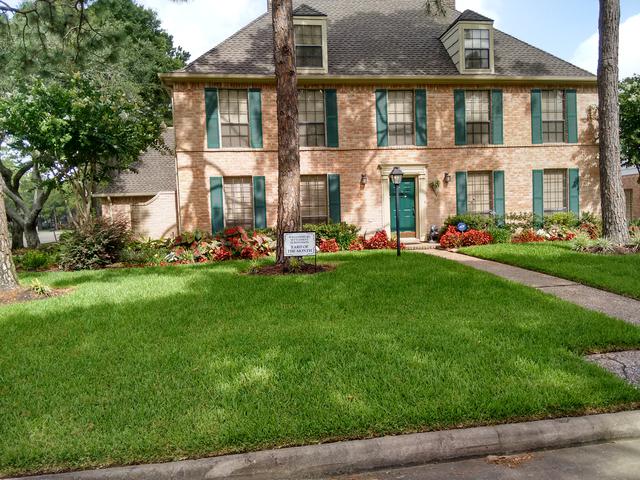 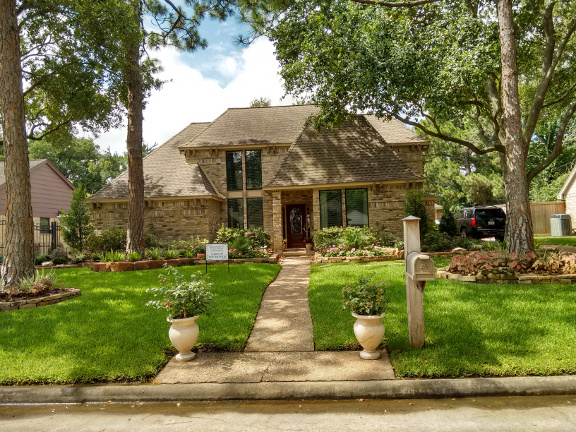 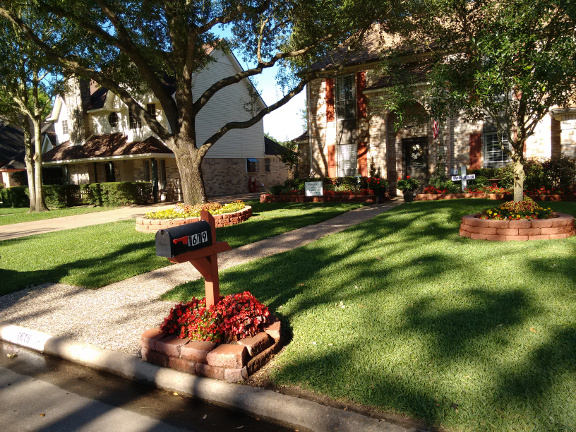 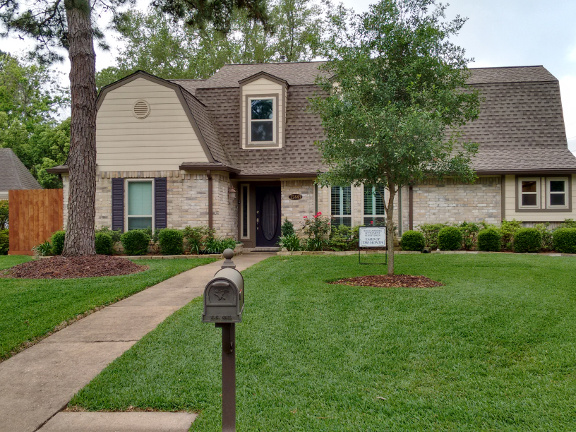 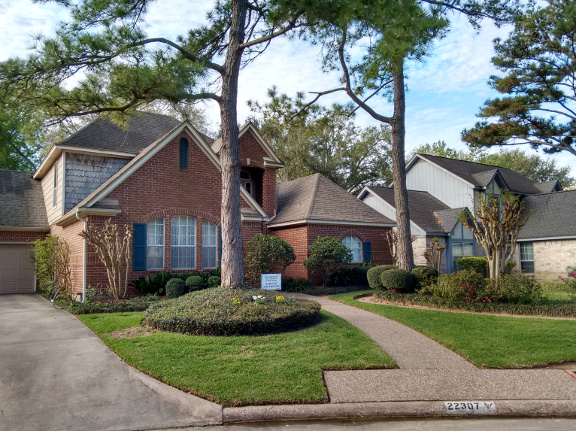 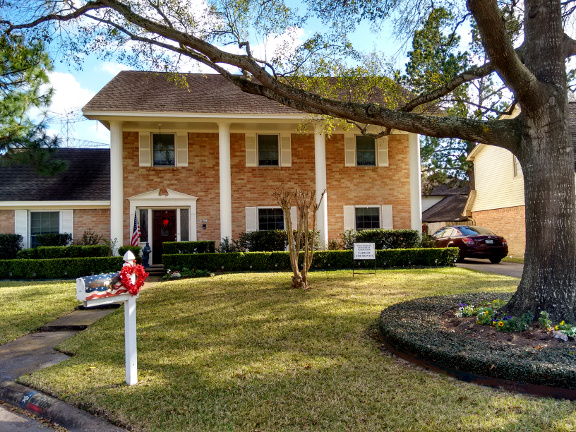 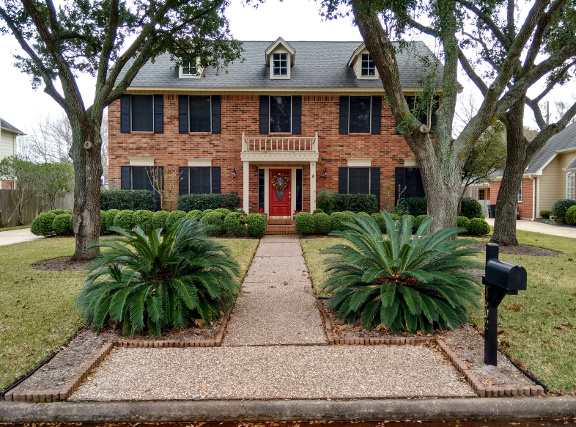 For further information on the program, please call Jim Calvert at 281-380-8628
Return to top of page
Each month the yards in our subdivision are judged. If the resident of the one that is considered to have the best display has not won the award within the last two years, is in good standing with the Association and agrees to accept the accolade, it is designated as the Yard-of-the-Month. A sign is placed in that yard throughout the duration of the month, a photograph and write-up are posted here on this web site and the winners are mentioned in our monthly newsletter.
January Winner - Michael and Tracy Vickery of 1602 Calveryman
End of page
1